What Happened to the Mouse? 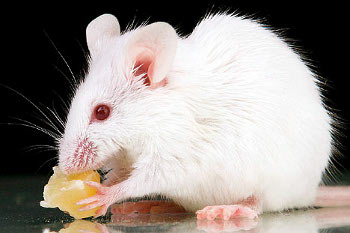 A phrase used to decry the abrupt removal of a minor element, be it a character, action, or plotline. The person or thing in question is suddenly dropped from the story for no apparent reason with no resolution, nor any explanation as to what happened to it.

There are several main reasons this happens: in movies, the most common is that scenes are excised in editing, but references to them still remain elsewhere in the film. Another common reason is that a Wrong Genre Savvy audience mistakenly attached too much importance to what always was intended to be a throwaway. A third is that The Law of Conservation of Detail was not properly applied: a Bit Character was a little too lively, so that he didn't appear a throw-away, as why was that much detail given for one?

If the element comes back just as you've forgotten about it, this is actually a Brick Joke or a Chekhov's Gun. If the element doesn't come back, but the show hangs a lampshade on it at the end, then it's Something We Forgot. If it escapes your notice until after the show is over and you've gotten up to go to the fridge to make a sandwich, it's Fridge Logic.

Alternately, it's a variation on the "What Now?" Ending; not only are we unclear what happens to the character, but this also can leave doubts as to whether they even survived once they broke away from the other characters.

Another character or the Narrator may remark that they were never heard from again.

The trope's name refers to a scene in The Last Emperor in which the title character violently throws his beloved pet mouse offscreen. There's no sound of the mouse hitting anything, but it's never seen again, leaving its fate ambiguous.

What Happened to the Mouse moments can be very rich soil for Epileptic Trees or Wild Mass Guessing.

Super-Trope to What Happened to the Pet?

Not to be confused with Aborted Arc, which is when a major story arc or plotline is dropped without resolution, or Chuck Cunningham Syndrome, where a major character just plain disappears.

Often the result of a Wacky Wayside Tribe, a Forgotten Fallen Friend, or a Non Sequitur Scene.

Compare with Left Hanging, Kudzu Plot, Red Herring Twist, Out of Focus. Related tropes include Never Found the Body and "What Now?" Ending. May involve a Shrug of God.

Examples of What Happened to the Mouse? are listed on these subpages:

But we still don't know what happened to the mouse!

Retrieved from "https://allthetropes.org/w/index.php?title=What_Happened_to_the_Mouse%3F&oldid=1770681"
Categories:
Cookies help us deliver our services. By using our services, you agree to our use of cookies.