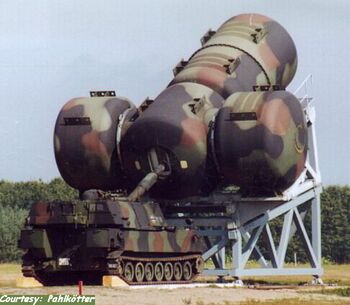 Don't you wish your Schalldämpfer was this big?

The truth is that All Men Are Perverts and All Women Are Lustful, only they are too ashamed of it thus they express it in covert sexual symbolism and repressed desire everywhere, every time, with everybody. Not only is everyone Jesus in purgatory -- everything is about sex.

When any kind of long thin shape is assumed to be a penis, or any hole that is oval is a vagina, you've got Freud Was Right in play. Obsession with sex is one of the core aspects of this trope, and is frequently lamp shaded.

The Trope Namer is Dr. Sigmund Freud, a Viennese doctor who proposed a theory of human behavior and development based on the idea that all our behaviours are ultimately expressions of instinctual, biological desires. Like, for instance, sex.

Some say Freud was right about something else, too. Not to be confused with All Psychology Is Freudian and Everybody Has Lots of Sex. Frequently leads to Double Entendre and Accidental Innuendo.

Examples of Freud Was Right include:

Examples of Freud Was Right are listed on these subpages:

Retrieved from "https://allthetropes.org/w/index.php?title=Freud_Was_Right&oldid=1813559"
Categories:
Cookies help us deliver our services. By using our services, you agree to our use of cookies.