Everything About Fiction You Never Wanted to Know.
Jump to navigation Jump to search
/wiki/Ron Perlmancreator 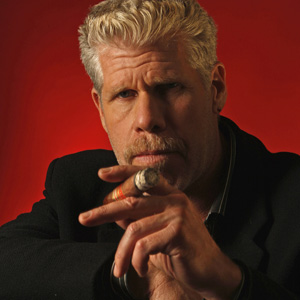 Ron Perlman is a classically trained actor who you might recognize all over the place in supporting roles or as the occasional lead in B Movies or short lived TV series. This has changed significantly in recent years as he has become well known for playing the comic book character Hellboy in the film version and its sequel, Hellboy: The Golden Army, as well voicing the character in the animated movies Sword of Storms and Blood and Iron. It was one of his many collaborations with Guillermo del Toro. He's also quite well known as ex-President of SAMCRO Clay Morrow in Sons of Anarchy.

Perlman made his feature film debut as a caveman in Jean-Jacques Annaud's film Quest for Fire. After various minor and supporting roles in films and television series, his breakthrough role came when he played Vincent in the TV series Beauty and The Beast, opposite Linda Hamilton from 1987 to 1990. This earned him a Golden Globe for Best Performance by an Actor in a Television Series in 1989 and a large fanbase. Perlman also has a successful career as a voice actor in addition to his onscreen acting, having portrayed characters in numerous video games and animated series, usually playing smooth voiced, sinister villains or people in positions of authority.

Perlman has made a career doing pretty much every role that is offered to him, regardless of the work's level of quality. He was once asked why he does so many B and C-grade movies. His response was, "What can I say? My wife likes shoes."

Not to be confused with Ron Perelman, the executive (read: corporate raider) who bankrupted Marvel Comics.

Ron Perlman has performed in the following roles: