The Bad and The Beautiful 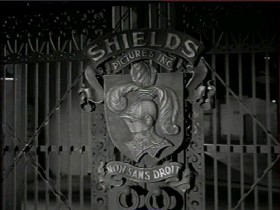 Jonathan Shields (Kirk Douglas) used to be a great studio mogul in Hollywood, but his perfectionism has practically bankrupted his studio. He calls three former associates, Academy Award winning director Fred Amiel, blockbuster actress Georgia Lorrison, and hit writer James Lee Bartlow, to help him with a film that could save his studio.

Except his need for perfectionism also caused him to betray each of these three associates, so they want nothing to do with him. The studio's former head, Harry Pebbel, pleads for them to help, and the film plays out with each of the three recalling their time with Shields.

The film is one of the most notable of the "Hollywood on Hollywood" genre, and is part of the library of congress. The films is also a famous mix and match of real people in the business, almost bordering on Roman à Clef.

Tropes used in The Bad and The Beautiful include:
Retrieved from "https://allthetropes.org/w/index.php?title=The_Bad_and_The_Beautiful&oldid=1526039"
Categories: