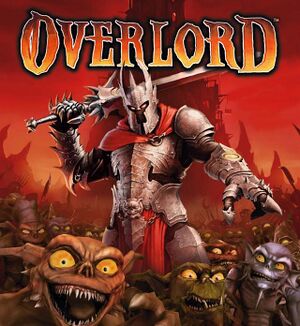 So where is it written that the bad guy can't be the star? Nowhere, actually.

An interesting twist on conventional storytelling is to make The Protagonist a Villain. Sometimes (but not always), this villainous main character will even get the Sympathetic POV or be portrayed as an Anti-Villain. Although "hero" and "protagonist" are frequently used interchangeably, it can be fun to take Evil's side and root for it to win over the boring goody two-shoes. However, it is not necessary for a villain to be sympathetic for them to be this trope. Sometimes it's done by having the protagonist facing even worse people.

A Villain Protagonist (especially in a comedy) is quite likely to go down in flames at the end. Whether this counts as a Downer Ending or not is debatable. They may also do a Heel Face Turn and become a Hero Protagonist.

Of course, in the case of video games, some will allow you to choose to be evil, but that's another trope entirely; only when the character you play automatically defaults to villainy does this trope apply. Commonly in video games, you just do it For the Evulz.

When this is done for one episode, it's a Villain Episode.

Compare the Hero Antagonist and Hero Protagonist. May overlap with the more extreme cases of an Unsympathetic Comedy Protagonist.

Not to be confused with the Byronic Hero, who is a horribly flawed person but has heroic qualities and is often working towards a heroic goal, though, there are cases where a Byronic Hero and Villain Protagonist overlap. May also overlap with a Type IV and Type V Anti-Hero and/or Sociopathic Hero.

The point of this trope is for the Protagonist to be the Villain; it doesn't count if the Hero's girlfriend, or best friend is the evil.

Don't confuse this with the Anti-Hero, the Outlaw Hero, or the Hero with Bad Publicity. If the Protagonist's goal is to kill the Chosen One, or to take over the world for is own ambition, or something like that you are ok.

Examples of Villain Protagonist include:

Retrieved from "https://allthetropes.org/w/index.php?title=Villain_Protagonist&oldid=1948183"
Categories:
Cookies help us deliver our services. By using our services, you agree to our use of cookies.