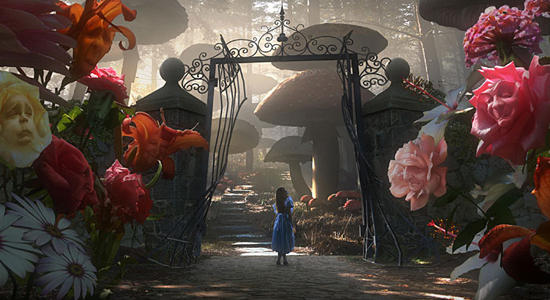 Most fantasy worlds are unrealistic in some way or another, but at least they are reasonable. Wonderland is... different. The details vary, of course, but they are invariably strange places filled with strange phenomena and populated by strange people. But they are not so far gone as to permit absolutely anything - Wonderland still makes sense, but not that kind of sense.

Many will have a theme of some sort, especially if there is An Aesop. The Mental World and Dream Land are often wonderlands; there is also a certain amount of overlap with the World of Symbolism or the Land of Faerie.

A type of Eldritch Location. Compare to Another Dimension, which makes more conventional sense, and the World of Chaos, which makes less.

Examples of The Wonderland include:

Retrieved from "https://allthetropes.org/w/index.php?title=The_Wonderland&oldid=1862665"
Categories:
Cookies help us deliver our services. By using our services, you agree to our use of cookies.