Everything About Fiction You Never Wanted to Know.
(Redirected from Manga)
Jump to navigation Jump to search 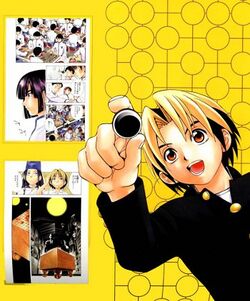 Japanese comic books and print cartoons. A high proportion of Anime (higher in the past, but still a noticeable fraction even in the 21st century with anime companies' trend of adapting novels) are adapted from these, so many of the Japanese Visual Arts Tropes got their start here. Sometimes, an existing anime series gets a manga adaptation; see Anime First for examples. You generally read them right to left, unless the manga was flipped during its English printing, which rarely happens these days, or the Mangaka decided to write it left-to-right for some reason, which happens even more rarely.

Related media include Manhwa and Manhua. Korean-made comic books (called Manhwa), however, are generally read from left to right. Some manga scanlation sites have started showcasing a few manhwa, leading to some confusion in reading order when readers assume them to be Japanese manga. Chinese comic books are known as Manhua, and read from right-to-left like manga; they also tend to be in color, like mainstream American comics.

Retrieved from "https://allthetropes.org/w/index.php?title=Category:Manga&oldid=1773878"
Categories:
Cookies help us deliver our services. By using our services, you agree to our use of cookies.