Getting Crap Past the Radar/Advertising 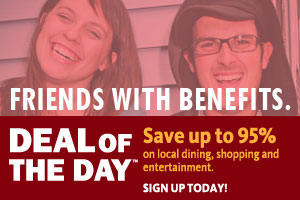 That's not what Friends with Benefits typically means.

Interviewee Am I your man, Mr. Dumbass?
Mr. Dumass: The name... is... Dumass [1].
Interviewee: (blank stare with a huge grin)
Mr. Dumass (after the interviewee leaves): What a dumbass!

Toaster: I want you to do something.
Scott: Not doin' that again...*looks at crotch* that burned...

Wonder Woman: You girls are developing into quite the superheroes.
Bubbles: Someday, we'll be as developed as you!


Guy In The Table: I think this cat is hairless.

Director: Okay, cut!
Puppet: (wakes up) What did you call me?!

Yellow: What happened to my M?
Red: It's called shrinkage.