A Date with Rosie Palms 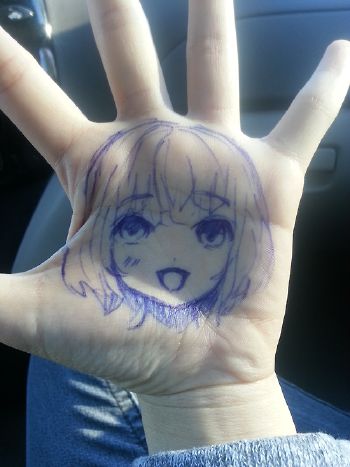 And now, I'd like to introduce you to my girlfriend Jill (Shakes hands).

And because this page wouldn't be complete without her: In Ankh-Morpork on Discworld, Rosie Palm, the head of the Seamstresses' Guild, is named as a Shout-Out to this, derived from an old British euphemism, "Rosie Palms and her five lovely daughters".

FUN FACT: There is a Spanish actress known as Rossy de Palma. The more you know...

Please move the following into the associated trope page.

No real life examples, please; I mean, I don't think anyone is really all that interested in this sort of thing happening in reality, do you?

Examples of A Date with Rosie Palms include:

Xander tells the others he's taking Anya to the prom:

Retrieved from "https://allthetropes.org/w/index.php?title=A_Date_with_Rosie_Palms&oldid=1927114"
Categories:
Cookies help us deliver our services. By using our services, you agree to our use of cookies.