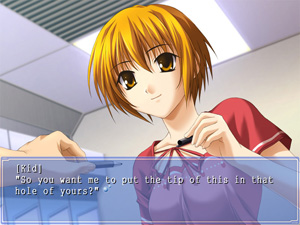 Capping a pen with one eye closed: harder than it looks?

This sort of situation can lead to a Three Is Company plot if some other character hears it out of context.

Alternatively it can refer to an ersatz of something more familiar that the audience would immediately recognize in subtext in order to make it look less Anvilicious. Doesn't always succeed in fulfilling the latter. Doesn't always have to mean anything sexual.

If unintentionally done: Looks Like She Is Enjoying It.

If you see "it" everywhere: Freud Was Right

Examples of Does This Remind You of Anything? are listed on these subpages:
Retrieved from "https://allthetropes.org/w/index.php?title=Does_This_Remind_You_of_Anything%3F&oldid=1914671"
Categories:
Cookies help us deliver our services. By using our services, you agree to our use of cookies.