Everything About Fiction You Never Wanted to Know.
Jump to navigation Jump to search
/wiki/Michael Keatoncreator 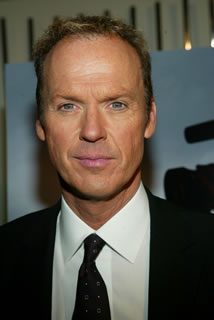 An American actor whose Blue Eyes will burn into your soul. Nah, he's actually a pretty easy goin' guy.

At the start of his film career Keaton was best known for starring in comedies such as Mr Mom, Johnny Dangerously, and Tim Burton's Beetlejuice, although he would become notable for his range in both comedy and drama when he was cast again by Burton as the eponymous character in his then latest gig, Batman, which was to be a return to the character's roots as a grim avenger of the night. Fans did not open up to the casting at first and sent letters to Warner Bros expressing their disdain by citing that Keaton had only done comedy and was too short and too "ugly" to play Batman. A quick trailer was released by WB, showcasing a glimpse of Keaton's badassery and seriousness in the role, and most fans were won over and bought tickets. Needless to say, the film was a huge commercial success, and was the biggest money-maker of 1989 in which Keaton remained the Batman above all others until Nolan's reboot of the franchise.

Keaton and Burton returned to the franchise with Batman Returns; while it still raked in the dough, it didn't do as well as the first, which could be attributed to the outrage over it being even darker than its predecessor. Keaton was initally attached to Batman Forever and even did some costume testing, but when WB dropped Burton and he looked at the screenplay that got the thumbs-up from new director Joel Schumacher, he left the franchise along with Burton and was replaced by Val Kilmer; neither Keaton nor Burton took kindly to the new, Lighter and Softer direction the studio wanted to take the franchise in.

With no signs of retiring any time soon, Keaton is keeping his roles diverse by alternating between comedy and drama, and he lent his vocal talents to a Ken doll in Toy Story 3. Keaton's appeal is put it best in this article in The Onion.

Michael Keaton has performed in the following roles:
Retrieved from "https://allthetropes.org/w/index.php?title=Michael_Keaton&oldid=1657842"
Categories:
Cookies help us deliver our services. By using our services, you agree to our use of cookies.