Everything About Fiction You Never Wanted to Know.
Jump to navigation Jump to search
/wiki/Robert Silverbergcreator 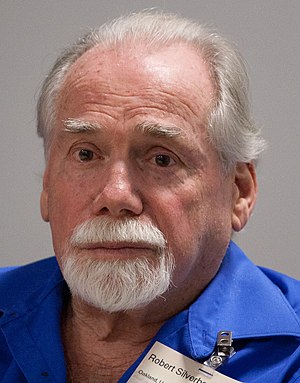 Robert Silverberg is an enormously prolific science fiction and fantasy writer, and a winner of multiple Hugo and Nebula awards. Possibly his best-known work is the Majipoor sequence, beginning with the novel Lord Valentine's Castle.

His short story To See The Invisible Man was adapted for a 1980s episode of The Twilight Zone.

Robert Silverberg provides examples of the following tropes:
Retrieved from "https://allthetropes.org/w/index.php?title=Robert_Silverberg&oldid=1868992"
Categories:
Cookies help us deliver our services. By using our services, you agree to our use of cookies.