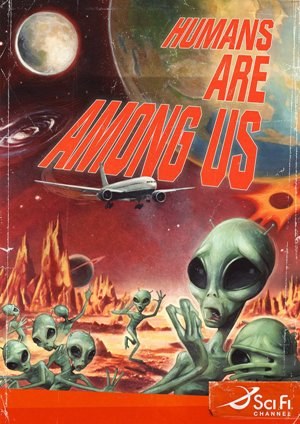 Stories that have humans interact with aliens who are actually alien run into the fact that we're as weird to them as they are to us. This can cause the most remarkable misunderstandings....

This seems to be a heavily literary trope, perhaps because the basic concepts are easier to convey in writing. One variant has humans as cosmic abominations to primitive aliens. See also Culture Clash. Many times, they think Humans Are Ugly. This can also be used for a nice, satisfying Author Tract with the aliens puzzling "But why do they (insert the author's worldview's opposite here)?

Examples of Humans Through Alien Eyes include: