Everything About Fiction You Never Wanted to Know.
Jump to navigation Jump to search
/wiki/Telltale Gamescreator 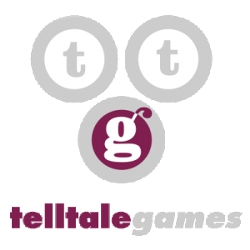 Specializing in licensed, episodic adventure games, Telltale Games was formed in 2004 by disgruntled LucasArts workers (the cleverness department) when Sam and Max Freelance Police got cancelled. Telltale at first found success with licenses that had small but dedicated fanbases, like the aforementioned Sam & Max, Homestar Runner and Bone. They gained more mainstream popularity in 2010 with the releases of Back to the Future and Jurassic Park, and finally their breakthrough hit The Walking Dead in 2012. The Walking Dead introduced a more narrative-focused style of gameplay that would be used in almost every Telltale game going forward.

Following Walking Dead's release, Telltale tackled licenses such as Minecraft, Game of Thrones, Fables and Batman. However, the rate of production caused significant issues, including extensive crunch time and formulaic gameplay. After experiencing financial trouble, Telltale underwent a major downsizing and then closed down on September 21, 2018, leaving over 250 people without jobs.

On August 28, 2019, nearly a year after Telltale shuttered, LCG Entertainment bought the name and trademark and rebranded themselves as the old company, planning on rereleasing old and new games alike, starting with the long awaited second season of The Wolf Among Us.

Games and game series by Telltale Games include:

Telltale Games provides examples of the following tropes:
Retrieved from "https://allthetropes.org/w/index.php?title=Telltale_Games&oldid=1787201"
Categories:
Cookies help us deliver our services. By using our services, you agree to our use of cookies.