Everything About Fiction You Never Wanted to Know.
(Redirected from Useful Notes/Europe)
Jump to navigation Jump to search
/wiki/Europe (band)creator 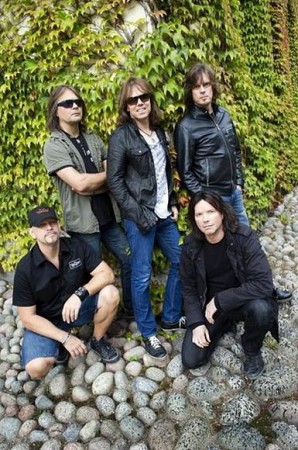 Europe are a Swedish melodic hard rock band mostly known for the mega-hit "The Final Countdown". The band's roots can be traced back to 1979 when they started out as Force, but in 1982 they started performing under the name Europe.

After becoming quite successful in their home country with a couple of hit albums under their belts, Europe achieved their greatest success internationally with their third album, The Final Countdown, with its famous title song becoming a number one hit worldwide thanks to the growing popularity of Hair Metal. While Europe begins and ends with this song as far as a lot of people are concerned, they had other hits, such as the Power Ballad "Carrie" (which was actually a bigger hit than "The Final Countdown" in America when it was released in 1986).

Discography:
Europe (band) provides examples of the following tropes:
Retrieved from "https://allthetropes.org/w/index.php?title=Europe_(band)&oldid=1536281"
Categories:
Cookies help us deliver our services. By using our services, you agree to our use of cookies.