Everything About Fiction You Never Wanted to Know.
Jump to navigation Jump to search
/wiki/AKB48creator 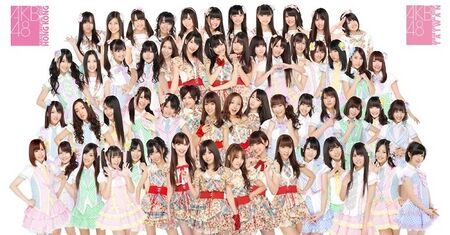 AKB48 is an idol group consisting of, you guessed it, 48 members. However, currently the group holds more than 48 members, with even more members scattered in sister groups.

AKB0048 is the Anime based on the group.