A Gift of Magic 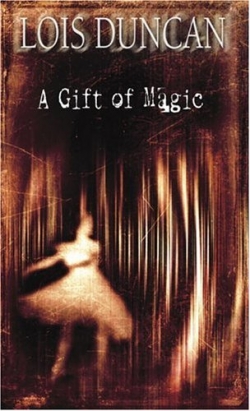 A novel written by Lois Duncan in The Seventies.

The story takes place following the divorce of Nancy's parents. In the past her family had moved around all over the world, which gave her a great love of geography, and at the beginning of the novel they settle down in her mother's old hometown in Florida. Nancy, upset at her parents' divorce, begins to develop her Psychic Powers and has to come to terms with what that also entails.

Despite the somewhat similar premise, this was actually written a few years before Carrie and is much less action-packed and violent.

Tropes used in A Gift of Magic include:
Retrieved from "https://allthetropes.org/w/index.php?title=A_Gift_of_Magic&oldid=1481031"
Categories: