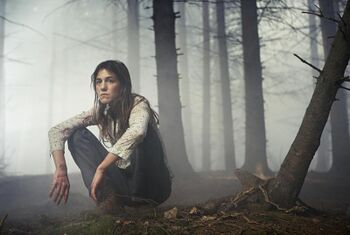 Antichrist is a 2009 Horror film written and directed by Lars von Trier. Imagine what a film co-directed by the Stanley Kubrick who made The Shining, the David Lynch who made Eraserhead and the Andrei Tarkovsky who made Stalker could look like, and you're getting close to the idea.

The movie started a heated controversy during the 2009 Cannes Film Festival, some critics praising it as a master work of art, some others decrying the very explicit sexual and violent content, or even accusing the film of being strongly misogynistic.

For the similarly-named trope, see The Antichrist.

Tropes used in Antichrist include:

"But there's no such constellation!"