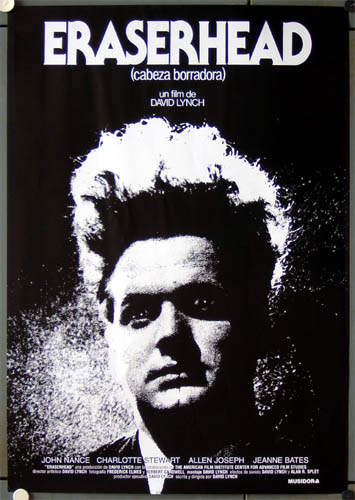 Henry Spencer was on vacation. Mary X, his old girlfriend, had a deformed baby. "They're still not sure if it is a baby." She gave it to him and left. He had difficulty raising it.

Henry's baby got sick. He tried to help it.

The film is slow paced, almost completely void of dialogue, and can safely be called the most popular student art film ever made. It is beautiful, terrifying, and uses hauntingly realistic effects.

Tropes used in Eraserhead include:
Retrieved from "https://allthetropes.org/w/index.php?title=Eraserhead&oldid=1963093"
Categories:
Cookies help us deliver our services. By using our services, you agree to our use of cookies.