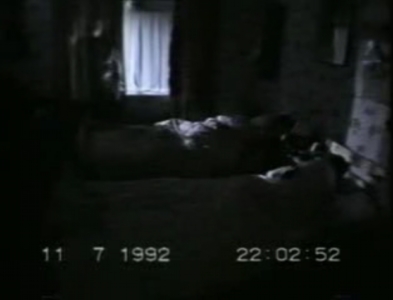 In 1992, BBC made a Halloween Mockumentary broadcast of a supposedly haunted house inhabited by a woman and her daughters, with many known BBC news hosts taking part. At first, the broadcast starts off with the cast and crew going over what the night will consist of, and going over the way to call in the viewers own experiences with the supernatural, as well as giving name to the supposed entity, "Pipes". After that, you have to see it to believe it.

Comparable to the US War of the Worlds broadcast, Ghostwatch led to its own series of rash sightings and slight panics in England -- the British Medical Journal reported that it had actually induced symptoms of brief anxiety reaction in at least two children. This can be chalked up to the fact that, despite taking place during a drama slot, the cast was made up of well-known TV personalities. Consequently, the show was subject to varying levels of censure, both internally and externally; it was attacked by the print media, who accused the BBC of irresponsible hoaxing. A married couple filed for judicial review of then Media Watchdog the British Standards Commission, after alleging a link between the show and the suicide of their teenage son, one of many complaints that the regulator initially refused. The BSC in turn reversed its position and ruled that the broadcast "was a deliberate attempt to cultivate a sense of menace".

Meanwhile, flustered parents piled onto BBC's Bite Back to voice their anger, while the BBC itself never made a repeat broadcast despite the obvious mileage available in terms of ratings, and supposedly withdrew its BAFTA nomination. In response, the creators pointed out that the broadcast had never been billed as anything other than fiction, that writing credits given both at the beginning and end of the show made this all the more clear and that they couldn't fairly be expected to flash regular disclaimers throughout the film for the same reason any other mockumentary writer wouldn't do so -- that is, it would ruin the flow of the story.

The fact that the show contained some admittedly ropey acting and content warranting only a '12' certificate rating speaks volumes to the effective use of build-up and the power of suggestion employed by the writing.

"31-10", a short-story sequel to Ghostwatch by the show's writer, Stephen Volk, can be downloaded from his home page.

Tropes used in Ghostwatch include: