Everything About Fiction You Never Wanted to Know.
(Redirected from Oedipus Rex)
Jump to navigation Jump to search 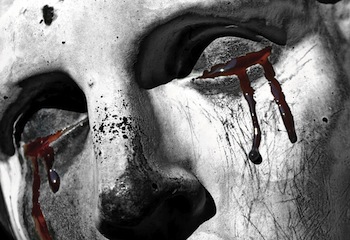 Oedipus the King, also known as Oedipus Tyrannus or Oedipus Rex, is the first in a series of three plays by the Greek Tragedian Sophocles. The play tells of the downfall of the king Oedipus from his lofty position, due to hubris (pride), which seems to be the leading cause of death, despair, and destruction in Thebes.

The other two plays are Oedipus at Colonus and Antigone. Fragments of another play, The Progeny, were discovered in 2005. The Progeny was about the Seven Against Thebes.

Oedipus Rex redirects here. If you're looking for the character archetype that this play named, it's Oedipus Complex.

Tropes used in Oedipus the King include:
Retrieved from "https://allthetropes.org/w/index.php?title=Oedipus_the_King&oldid=1729405"
Categories:
Cookies help us deliver our services. By using our services, you agree to our use of cookies.