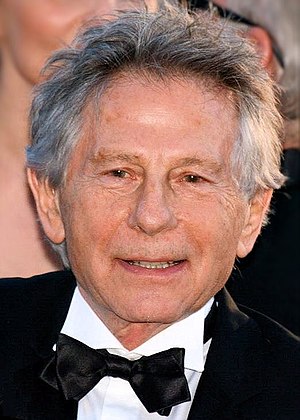 A very famous yet polarizing writer, director, producer, and actor whose own life story is just as fascinating (and depressing) as his films. During his childhood in Poland, his parents were sent to concentration camps by the Nazis and he became a drifter, traveling the country and staying with various families while also supporting himself by acting in local stage shows. He gained acclaim for films like Knife in the Water and Repulsion, and began a successful Hollywood career. While going far outside his usual material directing and starring in the horror parody The Fearless Vampire Killers, he fell in love with his co-star Sharon Tate and they were married soon after. Just two years later, Tate was murdered by the Charles Manson family just weeks away from the birth of their first child, while Polanski was making a film in Europe. Never a very sunny filmmaker, his movies naturally became even grimmer after this, and he even managed to make a film of Macbeth even darker than Shakespeare's original.

Another turning point came in 1977. Polanski pleaded guilty to the rape of 13-year-old Samantha Geimer in his friend Jack Nicholson's house, but soon afterward fled the country and took up residence in France. Unable to enter any countries with an extradition agreement with America, he continued making films but rarely equaled his earlier success, due to a combination of bad luck and people being unwilling to invest in films with a fugitive child rapist's name on them. In 2002 Polanski won a Best Director Academy Award for The Pianist, which had to be delivered to him by Harrison Ford, star of his film Frantic. In 2005 the American arrest warrant on him became an international one, and in 2009 he was finally arrested on it (while at a ceremony to accept another award) and had to finish post-production on his newest film The Ghost Writer from prison.

After spending several months under house arrest in Switzerland awaiting extradition to the USA, the Swiss government announced in July 2010 that they were turning down the extradition request after apparently coming across problems with the request and considering "national interests"; he is now free once again.

Filmography:
Roman Polanski provides examples of the following tropes:
Retrieved from "https://allthetropes.org/w/index.php?title=Roman_Polanski&oldid=1950655"
Categories:
Cookies help us deliver our services. By using our services, you agree to our use of cookies.