Everything About Fiction You Never Wanted to Know.
Jump to navigation Jump to search
/wiki/Saki (author)creator 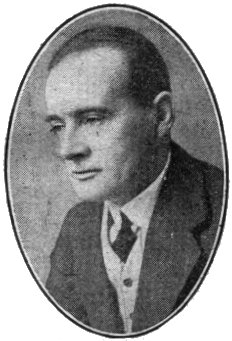 H.H. (Hector Hugh) Munro (1870-1916), better known by his pen name Saki, was a British writer of over 100 short stories, three novels (The Unbearable Bassington, When William Came, and The Westminster Alice), and three plays (The Death-Trap, Karl-Ludwig's Window, and The Watched Pot). Full of sarcasm, wit, and Black Comedy, the influence of Oscar Wilde shows through in his work—and he, in turn, is a major influence on writers like P. G. Wodehouse and Dorothy Parker.

His work has entered the public domain, so a little searching will make all his stories available.

Not to be confused with Japanese rice wine.

Saki (author) provides examples of the following tropes:
Retrieved from "https://allthetropes.org/w/index.php?title=Saki_(author)&oldid=1872510"
Categories:
Cookies help us deliver our services. By using our services, you agree to our use of cookies.