Afghanistan. The name is on everyone’s mouth. Everyone knows one of the settings of The War on Terror, the Taliban and the hijinks of Islamic fundamentalists. However, this is just the tip of the iceberg, the most recent events of a long history of conflicts for a land that has been perpetually in conflict.

Being right where Middle East meets Central Asia meets the Indian subcontinent, the land has been influenced by all kinds of society. Before the arrival of Islam the land was used as a route connecting said areas; as a result of that it ended with a mix of Buddhist, Hindu and Zoroastrian culture (in fact, some believe the Zoroastrianism originated here). However, its location as a bridge between cultures made Afghanistan a target for anybody who wanted to expand his empire, like Alexander The Great, the Muslims and the Mongols.

Afghanistan as it is now only came to being in the early 18th century (before this it was the core of the Durrani Empire and was far larger than it is now) as a result of the Great Game between the Russian and British Empires, which swallowed Afghan territory from the north and the south respectively. In order to prevent the Russians from seizing what was left, the British made peace with the Afghans and made them a protectorate, which lasted from the 1870s til 1919.

The Shah tried to improve the situation of the country, but some of his politics weren’t well-received by the more conservative factions (including the tribes). As a result of that, a series of coups and countercoups ensued, ending with a communist government in power. The more religiously conservative factions (including a lot of fundamentalists) tried to topple the new government, prompting the Soviet Invasion of Afghanistan in 1979 and receiving what Zbigniew Brzezinski charmfully called “its Vietnam War”. America even funded some of the fundamentalist groups, the Mujahideen, incidentally creating Al Qaeda, and maybe more problems than they were worth.

The Soviets withdrew in 1989 and left a coherent and stable communist state that sustained itself until 1992, but the civil war continued. This time, it was mainly between the Taliban (originally made of religious schools of Afghan refugees in Pakistan, aided by Al Qaeda and headed by the Mullah Omar) and the Northern Alliance and its main man, Ahmad Shah Massoud, known in the region as the “Afghan who won the Cold War”. By the end of the nineties, the Taliban had gained control of most of the country, establishing the Islamic Emirate of Afghanistan and installing the Sharia law, obligatory use of the burqa for women, destroying monuments of religions other than Islam, between other stuff. This was a notorious contrast with the area controlled by Massoud at the north, where he had established democratic institutions and tried to give genders equalitary rights, not to mention the hundreds of thousand of refugees that fled the Taliban to the areas controllled by Massoud. He tried to obtain help from external powers and, in 2001, even tried to warn them of a possible large-scale attack on America by Al Qaeda, to no avail.

Then 9/11 came. Massoud by then was dead, possibly by Al Qaeda’s suicide bombers (in which has been seen as the attack’s point of no return). America demanded the Taliban to hand over Osama bin Laden and disband Al Qaedan’s forces in the area (by then, Al Qaeda was already a state within a state) and, after the negative answer, proceeded to invade the country to disband the Taliban.

The country is still immersed on a civil war, this time between the government installed by America headed by Hamid Karzai (who by now seems to be the Spanner in the Works for America) and the disbanded Taliban, fighting from across the border in Pakistan. America is planning on retiring soon, but anyone with a brain can see the civil war is not going to end soon.

Ethnically, Afghanistan is an incredible mix not unlike in Iran, of which the Pashtun makes the majority with 42%, followed by the Tajik with 27%. They are NOT Arabs (there are, but they make less than 4%). Similarly, there are all kinds of languages spoken, the main ones being Dari (a dialect of Persian) and Pashto.

Afghanistan provides examples of the following tropes:
Afghanistan in media: 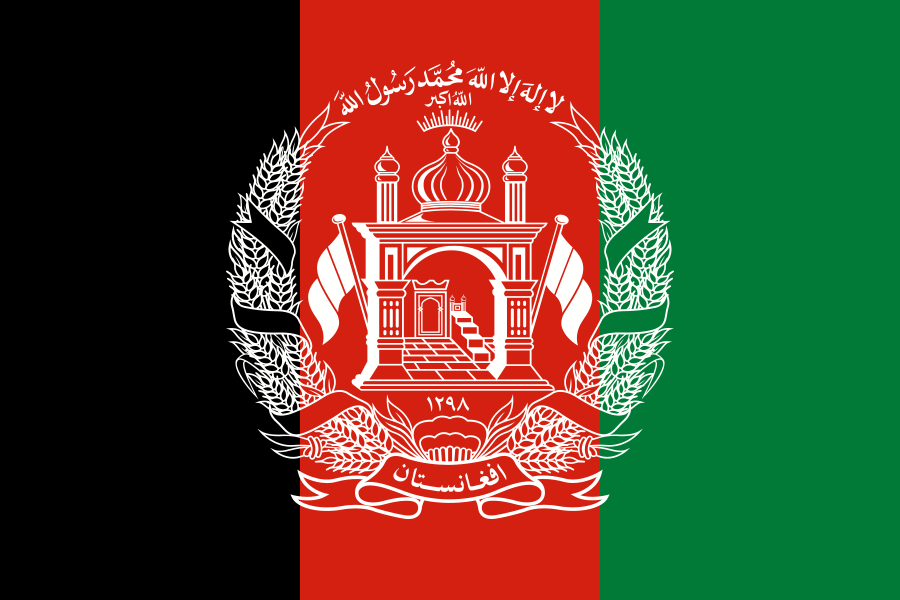 Retrieved from "https://allthetropes.org/w/index.php?title=Afghanistan&oldid=1933698"
Categories:
Cookies help us deliver our services. By using our services, you agree to our use of cookies.