Beauty and the Beast: The Enchanted Christmas 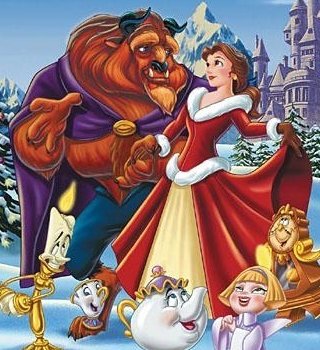 Here, a few new characters are introduced, such as the villain, Forte, who is an organ, and his music has been the only thing keeping the Beast happy, or at least not as sad, since the curse. Forte therefore actually wants to remain under the curse, as he didn't really have any significance in the castle before then.

Belle arriving, naturally, is a threat to his plans, and he uses his lackey, Fife, to try to break Belle and the Beast apart. In the meantime, Belle wants to make plans for Christmas, even though the Beast is against it, since that is the day the enchantress cursed him and the castle.

Tropes used in Beauty and the Beast: The Enchanted Christmas include:

Forte: Oh, it's just a little opera... (hits a few keys, the room shakes and dust falls from the ceiling) ...to bring the house down.

Forte: So, Beast gets girl and it's a happy ending for everyone. Enchantment lifted and Forte fades into the background, no longer important, no longer needed. ...I! THINK! NOT!