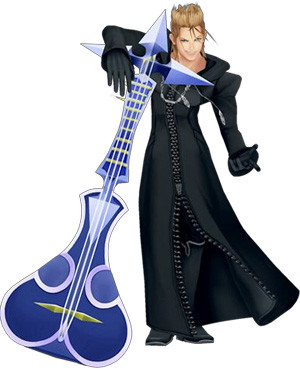 The love of fangirls, the nemesis of players everywhere.

Musical assassins are hitmen with style. Who needs guns when you can lay waste to your enemies with a carefully-calculated concerto? Techniques start out at Brown Notes and only get more ridiculous from there. These assassins are especially popular in old Chinese martial arts movies.

And why stop at Professional Killers? Video games, for one, are rather fond of improbable music-powered weaponry. Note that weapons (like guns) merely disguised as instruments don't count; that's cheating. Neither do instruments that double as weapons or weapons used as instruments.

Compare Magic Music, Disco Tech, The Power of Rock, Make Me Wanna Shout. See also Dreadful Musician for musicians who merely make you wish you were dead, and Instrument of Murder, which is used by musicians for physical attacks. Also related is the Brown Note, which can be used by a Musical Assassin to cause insanity or death. Not to be confused with Assassins, the musical.

Examples of Musical Assassin include:

Retrieved from "https://allthetropes.org/w/index.php?title=Musical_Assassin&oldid=1639156"
Categories:
Cookies help us deliver our services. By using our services, you agree to our use of cookies.