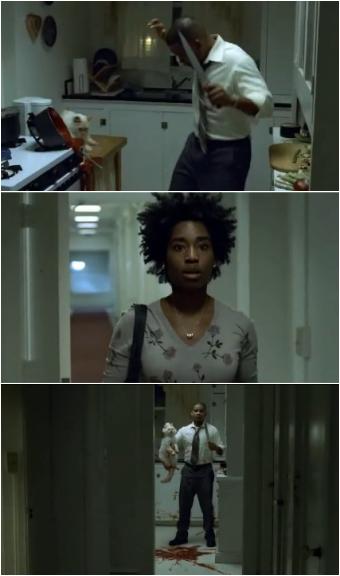 A common trope in romantic comedies is the humorous misunderstanding, or the Not What It Looks Like.

A couple teetering between Will They or Won't They? has gradually started to slide toward "they will". But wait! The girl sees the guy's old crush/ex-girlfriend/other person who's previously expressed a romantic interest in him (or vice versa) go into his apartment/a hotel room/etc., and stay for a suspicious length of time.

The girl is convinced that he and the other woman have gotten together, and goes through intense doubt about her own relationship with the guy. However, she'll hardly ever confront him about it, instead preferring to stew in her own insecurity or make veiled bitchy comments to the guy, who's usually completely clueless as to what's going on because the other woman just wanted something completely banal, like someone to bitch to after her latest boyfriend dumped her. The scales even out, the status quo (i.e., UST) is restored, and the fans tear their hair out and scream at the writers for some progress, dammit!

Often the other woman will catch on to what's happened after a while and tell the girl what really went on, clearing the way for a slide toward "they will" again. In most of these situations, the other woman is a Relative Error, "proving" to the girl that nothing untoward was happening.

This can also apply to parents or teachers finding young people in compromising positions, where one or both parties age is the problem.

The name of the trope comes from what is usually the first line the guy says afterward, often followed by, "I Can Explain!" This line is also the first line uttered by an Accidental Pervert.

And a subversion since it is almost always what it looks like Rene making out with the waitresses and his wife always buys his explanation. The trope is played straight when Lt Gruber makes advances, though.

Retrieved from "https://allthetropes.org/w/index.php?title=Not_What_It_Looks_Like&oldid=1945916"
Categories:
Cookies help us deliver our services. By using our services, you agree to our use of cookies.