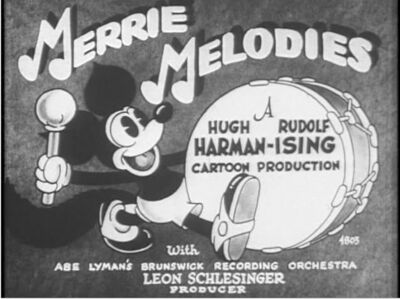 The character equivalent of a Bland-Name Product.

This character's design is a mix of legal issues and homage. Just as someone who wants to incorporate a Wal-Mart into a story but can't manage the Product Placement might use "Box Mart," a person who wants to write Captain Original, but can't because a rival comic company owns the trademark, will create Captain Ersatz. Sometimes, these characters are used as affectionate Shout-Outs to a series or creator that may have inspired them. At other times, they are used as parodies or Take Thats against the original characters they're based on (and possibly the company who owns them).

Done when an artist or writer wants to use a character but for whatever reason isn't allowed to at the present time, especially due to uncertainty of ownership, or else certainty that that character is trademarked into someone else's continuity and isn't going to be loaned out.

This character tends to evolve into their own direction if they make later appearances.

Captain Ersatzes are somewhat rare in American parody, as their copyright law allows use of the original characters in parody. They also (usually) aren't found in Fanfic: that Sailor Earth is a Copy Cat Sue (and they can just outright use a Crossover). Sometimes multiple characters will be distilled into one, creating a Composite Character. The same doesn't hold true for Anime & Manga parodies though, which often resort to Captain Ersatzes when the parody character is more than a background cameo.

Contrast Writing Around Trademarks, where the similarity was unplanned and unwanted; Expy, where a character is very similar to but not obviously supposed to be another character, and Suspiciously Similar Substitute, who replaces an existing original in the same continuity.

May be a result of having someone Exiled From Continuity, though it has to be a formal exile. If this happens enough, it can result in an extremely obvious variation of a Fountain of Expies.

The Trope name comes from the German word for "replacement".

Compare Alternate Company Equivalent, Lawyer-Friendly Cameo, and Brand X. The Shotoclone is a particular application in Video Games. See also Counterpart Comparison and Expy, for characters who are similar to earlier characters, but aren't actually carbon copies, and the musical version, Suspiciously Similar Song. If the character represents a Real Life celebrity, see No Celebrities Were Harmed.

No relation to Captain Obvious, obviously.

Examples of Captain Ersatz include:

Retrieved from "https://allthetropes.org/w/index.php?title=Captain_Ersatz&oldid=1946344"
Categories:
Cookies help us deliver our services. By using our services, you agree to our use of cookies.