Everything About Fiction You Never Wanted to Know.
Jump to navigation Jump to search
/wiki/Tom Clancycreator 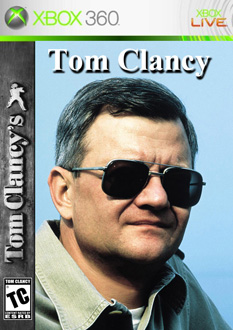 Formerly an insurance broker, Mr. Clancy (April 12, 1947 – October 1, 2013) was best known as an American novelist specialising in techno-thrillers. His first and most famous novel is The Hunt for Red October.

Famous enough to be a brand name; the appellation "Tom Clancy's..." has been applied to a TV miniseries, several series of novels, and a number of Video Games; all meet the author's demands for research and technical realism, but most were made without much involvement from the man himself, and will definitely have no involvement now that Ubisoft has acquired the intellectual property rights to Tom Clancy's name.

Clancy novels with their own trope pages include:

Other Clancy novels have featured the following tropes:

Retrieved from "https://allthetropes.org/w/index.php?title=Tom_Clancy&oldid=1919046"
Categories:
Cookies help us deliver our services. By using our services, you agree to our use of cookies.