Jump to content
Everything About Fiction You Never Wanted to Know.
/wiki/David Drakecreator 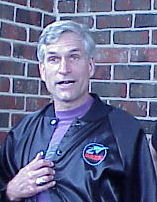 David Drake is one of the current gods of Military SF, along with Jerry Pournelle, S.M. Stirling, and David Weber -- in spite of not writing any military SF anymore. (Unless you count Naval Space Opera.) Known for his explicit and graphic depictions of the effects of warfare on both human bodies and human societies.

Works written by David Drake include:

David Drake is the author of several sci-fi series, and has a major fantasy series, The Lord of the Isles which finished in late 2008 with The Gods Return. Has numerous other works.

From the book jacket for The Dance of Time :

Anecdote on book covers from Notes on Northworld at David Drake's website:

Full Bibliography at David Drake's website. Not quite up to date at the time of this writing (Mar, 2009).

Retrieved from "https://allthetropes.org/w/index.php?title=David_Drake&oldid=1684857"
Categories:
Cookies help us deliver our services. By using our services, you agree to our use of cookies.