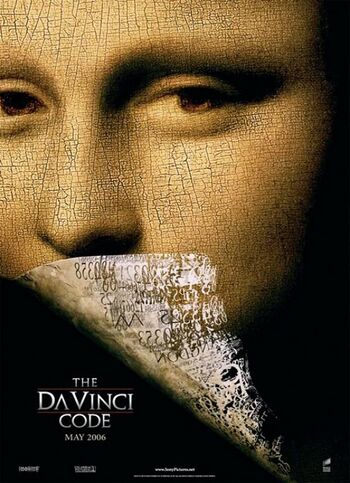 The Da Vinci Code is a 2003 thriller written by Dan Brown. It sold 80 million copies worldwide, becoming one of the bestselling novels in history. It also caused a huge controversy because of its statements about early Christianity, and was sharply criticized for historical inaccuracy. In 2006, a film adaptation was released.

The story begins with a museum curator getting killed, setting a historian framed for the murder and his newfound lady co-investigator on a puzzle quest for the Holy Grail.

Tropes used in The Da Vinci Code include:
Retrieved from "https://allthetropes.org/w/index.php?title=The_Da_Vinci_Code&oldid=1678342"
Categories: