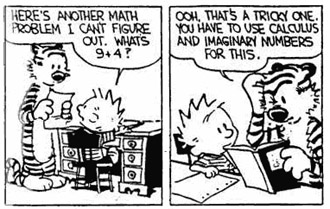 A Know-Nothing Know-It-All is a character who insists he or she knows everything; is always right; that they were the actual original creator of an idea; and who generally has an extremely high opinion of themselves and their abilities.

Nothing could be farther from the truth. They are grossly misinformed, or just lying, about everything they talk about with authority. They create nothing new, and are Ignorant of Their Own Ignorance. Their abilities could best be described as "scarce". Such people are, in fact, the living definition of the word charlatan.

While many characters show signs of being this, very few have it as a major facet of their character. For example, Peter Griffin of Family Guy tends to spew horribly misinformed information, but oddly enough, sometimes he's right, in the rather odd world the series is set in.

Little-Known Facts are occasionally in the Know-Nothing's mental arsenal, thanks to their obtuse quality, but naturally, the research won't be.

Can sometimes intersect with the Jerkass. Compare Feigning Intelligence. Contrast Insufferable Genius, who has the same arrogant attitude but is not incompetent. Actually listening to one may result in The Blind Leading the Blind. Compare Small Name, Big Ego, who both want to be recognized and appreciated, but take different paths to it. For a more "physical" version, see Boisterous Weakling.

See also: The Internet
Examples of Know-Nothing Know-It-All include:

Retrieved from "https://allthetropes.org/w/index.php?title=Know-Nothing_Know-It-All&oldid=1846710"
Categories:
Cookies help us deliver our services. By using our services, you agree to our use of cookies.