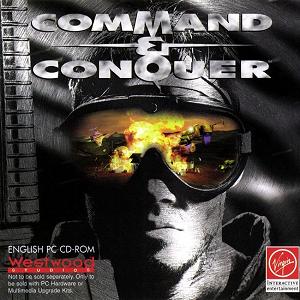 Born in 1995 with the game Command & Conquer (originally subtitled Tiberian Dawn, although this doesn't appear on original editions), C&C was one of the first popular Real-Time Strategy games and, along with titles such as Dune II and Warcraft, helped to spread the genre and set gameplay standards still followed today, such as the shrouded map, base construction and expansion, resource harvesting, tech trees, faction-specific units (not to mention play styles), superweapons, and of course, multiplayer combat. The original C&C was a smash hit revered as "nearly synonymous with RTS gaming" by reviewers and fans alike, and for the most part subsequent games have lived up to the first game's expectations.

The series was created by Westwood Studios, which was bought by Electronic Arts right before the release of Tiberian Sun, recognizing the potential profits of the critically-acclaimed series. Westwood Studios continued making Command and Conquer games until EA dissolved them after the failure of C&C Renegade (and right before the release of Generals). Most of the team left EA for Petroglyph Studios, while those left joined the EA Los Angeles studios. This put the future of the series, including the much awaited Command and Conquer 3, in jeopardy. For several years, there were rumors of work on C&C 3 fueled by some old concept art and an announcement that the next C&C game was going to be Red Alert 3 by an executive producer who left EA soon after. This all ended when EA revealed the series was Uncanceled, with the new installment subtitled Tiberium Wars.

Since the games all have Multiple Endings, the good guys usually win. The canonical winners are listed. However, in Firestorm (C&C 2 expansion) and Tiberium Wars (C&C 3) each campaign shows a different side of the same events. The campaign ends the same in each case, but from a different angle, and you have to play all three campaigns (and Kane's Wrath) to find out what really happened.

The series is also known for its immensely complicated version of canon. Due to the merging of and changing production studios and loads and loads of Executive Meddling, nobody really agrees on what is canon, although the current owners of the franchise have set theirs in stone, as seen above. Westwood Studios originally wrote Command & Conquer Tiberian Dawn as a standalone game with plans for a expansion pack that involved Time Travel. This was eventually re-written and combined with their plans for a WWII RTS into the prequel Red Alert, and plans for Tiberian Sun, as sequel to Tiberian Dawn was made. Then EA acquired Westwood, and changed things around to how it is presented above. Safe to say, someone, somewhere, has decided not to include at least one of the games in the canon.

And in December 2011 EA revealed that BioWare (actually Victory Games, which had been snatched up by BioWare) would be in charge of the next C&C project. A trailer of the new project was shown at the Spike Video Game Awards and has revealed the game is a sequel to the Generals series. An upcoming browsergame called Command & Conquer Alliances which is set in the Tiberium-Universe has also been revealed.

The following tropes are common to many or all entries in the Command & Conquer franchise.
For tropes specific to individual installments, visit their respective work pages.

Retrieved from "https://allthetropes.org/w/index.php?title=Command_%26_Conquer&oldid=1754725"
Categories:
Cookies help us deliver our services. By using our services, you agree to our use of cookies.