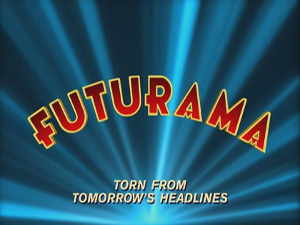 It's that mostly familiar, spiffed up and neatly tied off version of the sensationally violent yet true story you didn't want to read in the papers anyway. Double points if the real crime sounds like something fictional. Sometimes a murder is added to the real story to make it work as an episode.

Often seen on Law & Order and its various spinoffs (in fact, their commercials provide the Trope Namer), though it is used in many Crime And Punishment shows.

Most often seen in political cartoons, where the entire purpose is to comment on current events.

The evil cousin of this trope is The Tasteless But True Story, and its Evil Twin is Could This Happen to You?.

Examples of Ripped from the Headlines include:

Retrieved from "https://allthetropes.org/w/index.php?title=Ripped_from_the_Headlines&oldid=1967636"
Categories:
Cookies help us deliver our services. By using our services, you agree to our use of cookies.