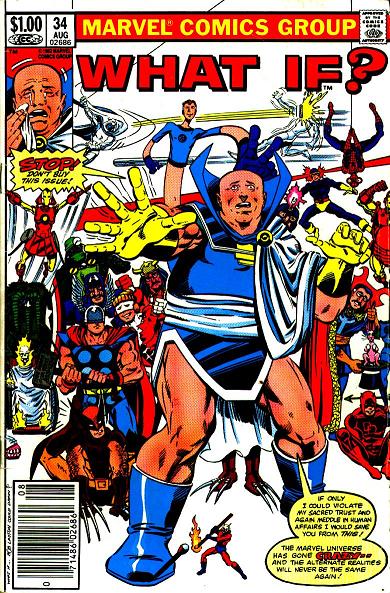 This is the 34th issue, and yes, The Watcher is not joking.

The seminal question of Speculative Fiction.

You can classify a series or an episode quite well by saying it asks a particular kind of What If...?

These were occasionally called "imaginary stories" back in the Silver Age of comics.

An Alternate Universe or Elseworld will usually be based off a single "What if?" For example, "What if Reed Richards weren't useless?" For Want of a Nail is a What If where the difference is a single, tiny change. In Spite of a Nail is a What If where a change results in a world almost identical to the original, but with a 'hole' in it where the missing or changed element should have been. Compare to What Could Have Been, which covers Off-Universe or Paratext examples.

Examples of What If...? include:

Retrieved from "https://allthetropes.org/w/index.php?title=What_If...%3F&oldid=1862795"
Categories:
Cookies help us deliver our services. By using our services, you agree to our use of cookies.