Everything About Fiction You Never Wanted to Know.
Jump to navigation Jump to search
/wiki/Ray Stevenscreator 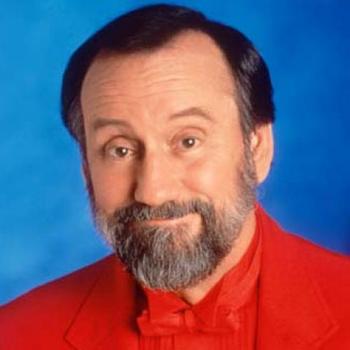 A popular novelty singer who has fame far beyond the chart performance of his many hits. Born Harold Ray Ragsdale, he spent several years performing in his native Atlanta area. He released his first single, "Sgt. Preston of the Yukon" in 1960, and received a little bit of notoriety after a copyright infringement forced the single to be withdrawn.

He didn't hit the charts again until 1961, with "Jeremiah Peabody's Polyunsaturated Quick-Dissolving Fast-Acting Pleasant-Tasting Green and Purple Pills", a novelty song about quack medicine. It was followed by "Ahab the Arab", which took him to #5 pop. Throughout the 1960s and into the early 1970s, his presence was hit-and-miss on the charts, although he made top 10 with "Gitarzan" and had a huge #1 hit with "Everything Is Beautiful".

Stevens hit his stride in 1974 with "The Streak", a novelty song about, well, streaking. This song and a bluegrass cover of "Misty" were his biggest hits at country radio, where he maintained a hit-and-miss presence for the next several years. His last song to see the pop charts was "I Need Your Help Barry Manilow", which was followed by his last big country hit, "Shriner's Convention". He has continued to record throughout the 1980s and into the 2000s, constantly releasing albums despite not having anything resembling a hit. In 2010 with the rise of the "Tea Party" in American politics, he staged something of a mini-comeback, gaining a YouTube following with his release of several songs espousing right-wing political views.

Ray Stevens provides examples of the following tropes:
Retrieved from "https://allthetropes.org/w/index.php?title=Ray_Stevens&oldid=1778972"
Categories:
Cookies help us deliver our services. By using our services, you agree to our use of cookies.