Readings Blew Up the Scale 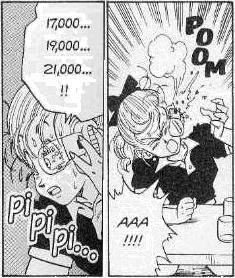 Someone has a meter that breaks down or explodes when the readings are too high for it to handle. No, it's not when it's measuring something that could reasonably destroy the scale, like measuring greater extreme heat than the scale can withstand. It's when the extreme amount of the readings themselves cause the destruction. Chalk it up to Rule of Cool or Rule of Funny.

A combination Sub-Trope of both Readings Are Off the Scale and Explosive Instrumentation.

Examples of Readings Blew Up the Scale include:

Retrieved from "https://allthetropes.org/w/index.php?title=Readings_Blew_Up_the_Scale&oldid=1903467"
Categories:
Cookies help us deliver our services. By using our services, you agree to our use of cookies.