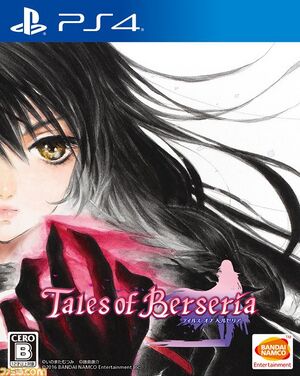 A 2016 videogame developed and published by Bandai Namco Studios.

In the land of Midgand, Velvet Crowe lives with her brother Laphicet and her brother-in-law Arthur. Seven years ago, her sister Celica and her unborn child were killed by daemons, creatures infected by a supernatural disease known as daemonblight.

Velvet and Laphicet are attacked by a daemon a few days before an event known as Scarlet Night, but are saved by Arthur. When Velvet wakes up, the Scarlet Night is happening and the village was overtaken by daemons. Velvet desesperately search for Arthur and Laphicet and finds them but,to her horror, Arthur attacks her and then uses his young brother-in-law as sacrifice to an ritual. Velvet still manages to interfere, but can't prevent Laphicet's death, but gains a demonic claw in her left hand that makes her much more strong than before, and able to kill daemons.

Still, despite her new powers, she is thrown into a prison island under Artur's orders, whose real name is apparently Artorius. For the next three years, Velvet kills daemons that are thrown inside her prison, feeding on them, but her hunger for vengeance otherwise only grows. Three years later, a woman called Seres arrives at the Prison Island and helps Velvet in escaping.

Her journey towards vengeance begins...

Tropes used in Tales of Berseria include:
Retrieved from "https://allthetropes.org/w/index.php?title=Tales_of_Berseria&oldid=1776496"
Categories: