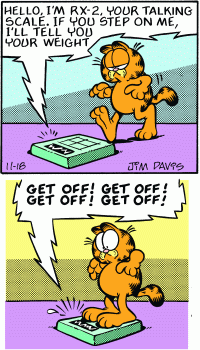 Other times, it's easier (no matter how lame it is) to attack a person's insecurities. And everyone has body issues. So simply calling someone "fat" is usually enough to reduce them to tears, or at least make them double-check the mirror.

Examples of You Are Fat include: