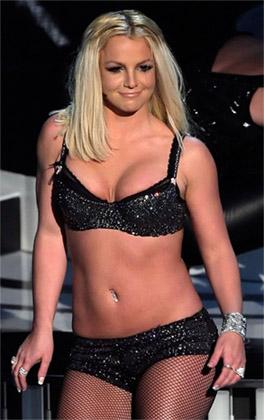 Many women and girls in real life have body image issues that lead them to obsess about food and think of themselves as fat even when they're well within healthy weight limits, or even if they're trim or underweight.

Like Hollywood Homely characters, if you took the Hollywood Pudgy character out of her movie and plunked her down among a representative sample of real women, she'd fit in because she looks normal, even good in comparison. She'd be no fashion model or typical movie star, coming to nearly six feet and not reaching a hundred twenty pounds. As an average American (usually) woman, the Hollywood Pudgy character is or appears to be overweight by medical standards but not nearly obese. She'd have no trouble fitting through bus turnstiles or into a cute bathing suit, and wouldn't have her doctor telling her she must lose twenty pounds for the sake of her heart and pancreas.

This does not apply in stories where a skinny woman thinks of herself fat, but is shown to have an eating disorder or body image problem. That would probably fall under I Am Not Pretty instead. Satirical examples hang a lantern on the absurdity of calling normal healthy women "fat".

The same thing applies somewhat to men as well, although not anywhere to the same degree. A slender, athletic build is considered better than a stronger, stocky build. If you don't have large shoulders you're either considered chubby or scrawny. If you have a thick neck and any hint of a double-chin, on the other hand, you can still be an "everyman" sitcom hero: the female equivalent is not allowed to be shown on television except as an unintelligent, totally pathetic Abhorrent Admirer fit only for belittling ridicule.

Note: Under the examples, PLEASE only include those who are explicitly identified as overweight despite not actually being overweight! This is NOT the page for actors of normal body type playing characters of normal body type, nor for genuinely fat actors playing genuinely fat characters. Anything that is drawn or animated is also extremely unlikely to qualify (Garfield, for example, doesn't even look like a cat), unless the depiction is intended to be realistic or the trope itself is being parodied. If the only time the character's said or implied to be fat is when another character is tossing out insults, it probably belongs under You Are Fat instead of this trope.

No real life examples, please; as has been mentioned already, many women and girls in real life have body image issues. There's no reason to trigger their anxieties.

Examples of Hollywood Pudgy include: