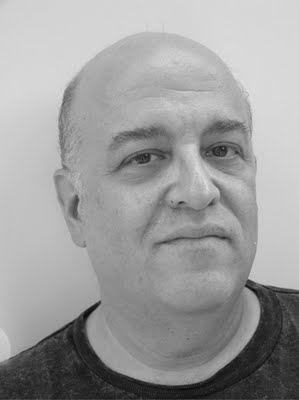 Peter Allen David (often abbreviated PAD) is a contemporary American writer, known for his work in Comic Books and Star Trek novels, as well as in television, movies, and video games.

While serving as a Direct Sales Manager for Marvel Comics, his professional writing career began when he was hired to write The Spectacular Spider-Man. After a brief but stormy tenure that included the famous "Death of Jean DeWolff" storyline (his first story, in fact), he was assigned full time to write The Incredible Hulk, a flagging title that no one else wanted. David turned the title around and largely redefined the character in an impressive ten-year-run that ended only due to a Writer Revolt from excessive Executive Meddling.

PAD's success with The Incredible Hulk led him to take up writing full-time, first for a variety of Comic Book titles, and later expanding to other works and media. His original creations include the comic books Sachs And Violens, Fallen Angel, Soulsearchers And Company, and Spider-Man 2099, the Star Trek: New Frontier series, the Sir Apropos of Nothing novels, and the Space Cases television show. He also writes "But I Digress", a regular column for Comics Buyer's Guide magazine.

Peter David's writing style tends to be breezy yet subtle; he has satirically mocked it as "a certain facility with the language, giving a nice surface gloss to his work." His strengths come from his character dynamics and humor, and his strongest works tend to be ensemble titles where the characters can play off of each other. His humor tends towards Double Entendre, Witty Banter, lots of puns, unpredictable characters and Leaning on the Fourth Wall. As One of Us, PAD is also fond of Genre Savvy and Medium Awareness characters, as they allow him to further play with tropes and stereotypes; his most famous example was turning Marvel Comics' perpetual sidekick Rick Jones into a Crazy Prepared Genre Savvy Badass Normal.

He is occasionally alleged to have ongoing feuds with other Comic Book creators, most notably John Byrne and Erik Larsen, though David denies any ill-will and tends to keep his criticisms professional and constructive. Then again, PAD is a longtime friend of Harlan Ellison, so maybe some of it is rubbing off...

Particularly infamous among scans_daily for, probably not indirectly, getting their original LiveJournal base shut down. Posting any of his work there is now forbidden by community consensus. Somewhat ironic, considering how popular his Young Justice book is with the members.

Retrieved from "https://allthetropes.org/w/index.php?title=Peter_David&oldid=1501746"
Categories:
Cookies help us deliver our services. By using our services, you agree to our use of cookies.