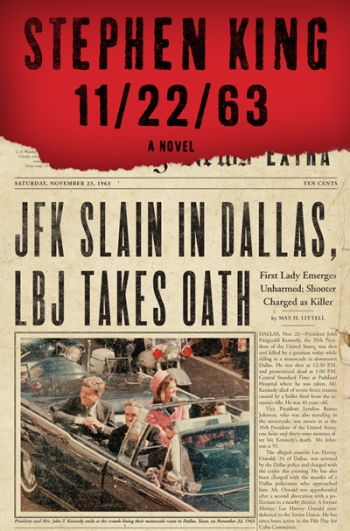 11/22/63 is a Historical Fiction novel written by Stephen King.

Jake Epping, a divorced high school teacher, discovers from his dying friend a time portal to a date in 1958 at the back of his friend's diner. His friend proposes that he go back in time to stop John F. Kennedy's assassination. There, Jake lives a different life and falls in love all while preparing for the eventual date that will change history.