Everything About Fiction You Never Wanted to Know.
Jump to navigation Jump to search
/wiki/Stephen Kingcreator 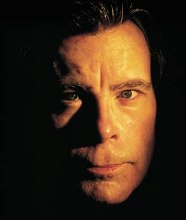 In the time it took for you to look at this picture, he just wrote a 1500-page novel.

The current[when?] dominant author of the horror genre, Stephen King has added much to its stock of tropes. Many of his works reference each other, building up a larger universe. Known for being ludicrously prolific but also for producing far better writing than most people who pump out stories at his rate, and many who take a lot longer about it.

Many of his books have been made into films. Few of those have been good films, and most of those that are good are, ironically, not horror films. This is often due to the directors of the given movies having no idea how to convey the thoughts of King's characters, which often affect their situations just as much as their actions, into workable scenes.

King is also in a rock band with a shifting lineup of fellow writers (including Dave Barry, Amy Tan, Ridley Pearson, and Mitch Albom) called The Rock Bottom Remainders.

For a list of his works which have pages on the wiki, see Works by Stephen King.

Works written by Stephen King include:

Aside from his own work, King also wrote a number of novels under the Pen Name of Richard Bachman:

King has also written the screenplays for several TV miniseries:

King also wrote the screenplay for the 1992 film Sleepwalkers, collaborated with George Romero on the 1982 theatrical anthology film Creepshow (as well as its sequel Creepshow 2 and the sequel-in-all-but-name Tales from the Darkside: The Movie), and went behind the camera to direct the 1986 film Maximum Overdrive, adapted from his Night Shift story "Trucks", in which people are menaced by trucks and other vehicles that are brought to murderous life by radiation from a comet. Ironically, the story was later adapted again, rather more faithfully, under the original title.

He is also part of a rotation of featured columnists in Entertainment Weekly magazine.

Stephen King provides examples of the following tropes:
Retrieved from "https://allthetropes.org/w/index.php?title=Stephen_King&oldid=1901027"
Categories:
Cookies help us deliver our services. By using our services, you agree to our use of cookies.