Jump to content
Everything About Fiction You Never Wanted to Know.
/wiki/Ben Eltoncreator 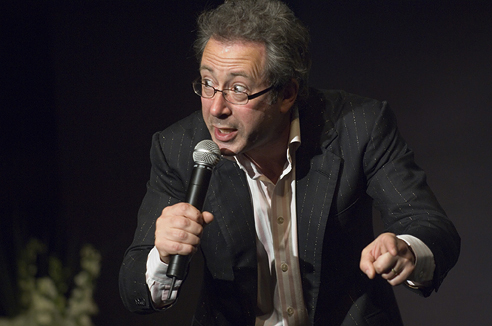 Ben Elton is an English writer, director and comedian who co-wrote Blackadder (from its second season onward) with Richard Curtis. He also co-wrote The Young Ones with Rik Mayall and Lise Meyer, and was solo writer on Filthy, Rich and Catflap and the now largely-forgotten sketch show Alfresco.

He has also written three West End plays, several "jukebox" musicals including We Will Rock You, and 11 novels.

His published books to date are:

He also had a short-lived comedy show in 1998 on The BBC. The opening of each show spoofed BBC 1's hot air balloon ident of the time.

As well as his clever use of tropes in the TV series Blackadder and The Thin Blue Line, they can also be found in his novels:

Retrieved from "https://allthetropes.org/w/index.php?title=Ben_Elton&oldid=1680900"
Categories:
Cookies help us deliver our services. By using our services, you agree to our use of cookies.