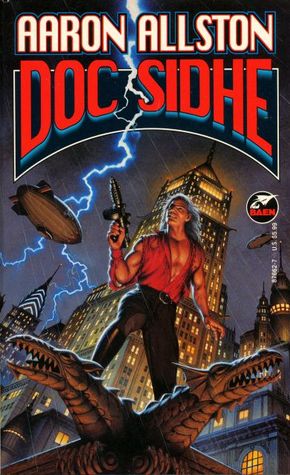 A two-novel series by Aaron Allston paying homage to Pulp Magazine adventure stories like Doc Savage and The Shadow.

The setting is an otherworld whose people were the inspiration for legends of elves. Unlike many depictions of Faerie, it isn't stuck in Medieval Stasis, but has developed a technology level and society equivalent to our world's in the 1930s. Very equivalent. While it is regarded as an association of sun worshippers, Wo (Japan) and Weseria (Germany) are getting kinda close. . . .

Tropes used in Doc Sidhe include: