Everything About Fiction You Never Wanted to Know.
Jump to navigation Jump to search
/wiki/Charlie Sheencreator 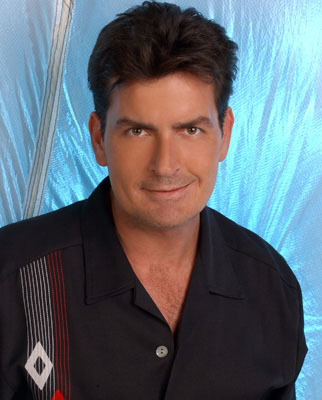 If you ain't living life the Charlie Sheen way, you're not WINNING.

"I am on a drug, it's called Charlie Sheen! It's not available because if you try it once, you will die. Your face will melt off and your children will weep over your exploded body."

Carlos Irwin Estevez (born September 3, 1965), better known by his Stage Names Charlie Sheen, is an American actor. He is the son of acclaimed actor Martin Sheen, brother of rather less acclaimed actor Emilio Estevez, and nephew of even less well acclaimed actor Joe Estevez. If you ask him, Adonis and tigers somehow figure into his ancestry as well.

His character roles in films have included Chris Taylor in the 1986 Vietnam War drama Platoon, Jake Kesey in the 1986 film The Wraith, and Bud Fox in the 1987 film Wall Street. His career has also included more comedic films, such as Major League, the Hot Shots films, and Scary Movie 3 and 4. He also had a small role in Ferris Buellers Day Off. On television, Sheen is known for his roles on two sitcoms: as Charlie Crawford on Spin City and as Charlie Harper on Two and A Half Men. As of 2010, Sheen was the highest-paid actor on television, earning $1.8 million per episode of Two and A Half Men.

In 2010 he dove far off the deep end into self-destructive madness. He passed a urine test, which shows that his "unusual" behavior may not be due to (recent) drug use, a substance that quickly metabolizes, or withdrawal from drugs. A Twitter account he created garnered 80,000 followers before he ever wrote a thing, and raced right past the million mark in one day to 1.4 million followers, beating even Oprah.

Alternatively, he may be shrewdly transforming his strange self-destructive behavior into revenue: his "Torpedo of Truth" tour has garnished a fair amount of money, much of which Sheen has donated to charity.

Charlie Sheen is infused with these winning tropes:

Interviewer: Are you bi-polar?
Sheen: Wow, what does that mean?... What's the cure? Medicine? Make me like them? Not going to happen. I'm bi-WINNING! I win here and I win there.