Category:Did Not Do the Research

Everything About Fiction You Never Wanted to Know.
(Redirected from Did Not Do the Research)
Jump to navigation Jump to search 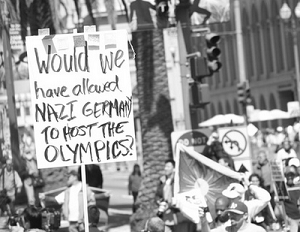 Writers in film, television and other media can sometimes be lazy people who cannot be bothered to do proper research on subjects relevant to the plot of their work of fiction. At other times (especially in TV), they just cannot squeeze research into the 10 days or so they get to write a script. In other cases, putting in too much detail would be distracting and annoying. In any case, the research did not get done.

The result is that depictions of events and concepts taken from history, foreign cultures, or the sciences will often be heavily distorted, caricatured, or otherwise inaccurate, often depicting them as analogous to something more familiar to the audience.

Often these mistakes will be so glaringly obvious to anyone with any sort of basic knowledge of the subject that it will make the entire work seem completely ridiculous.

To avoid making these mistakes, see Useful Notes. For the situations where the research is obviously done, see Shown Their Work. This applies equally well in situations where fictional writers did research, but they did it in books whose own real-life writers didn't.

But remember that most of these works are works of fiction, meaning made-up, be fantasy, science fiction, or works of Alternate History where the scream of "Did Not Do The Research" is not only useless but impractical. This is even, or especially, done in works that are supposed to be "in the real world".

As stated by author Dean Wesley Smith in his book Killing the Sacred Cows of Publishing, "Just to be clear, I am saying that some projects in fiction require some research and it needs to be done, but not all projects require research, so you should never, ever, let research stop your writing."

It should be noted that the original meaning, as well as the quotation above, referred to facts in the same fiction or verse which were obvious and essential knowledge and therefore made mistakes unforgivable; as opposed to going to the Carbon Nanotube Hard on the Mohs Scale of Science Fiction Hardness and screaming foul at the slightest errors, to the point of Natter.

Note: Situations in which the research may or may not have been done, but is ignored in favor of the story, is Artistic License. When the science in an old work has since been disproven, that's Science Marches On; when the historical records change, that's History Marches On. When a factual error is left in because it has become traditional, that's The Coconut Effect. For the contrary effect, see Like Reality Unless Noted when this is willfully ignored, the Rule of Cool takes effect, or the MST3K Mantra is used.

This taken Up to Eleven gives us Critical Research Failure, when the inaccuracies in the story are obvious even to non-experts. If the author pretends to have done the research when they haven't, you have Dan Browned. Contrast Shown Their Work. Can be a Berserk Button to the misrepresented subject.

This index has no examples and should not be used as a trope elsewhere. A simple failure of research on one point does not make a trope. Any example should be labelled as a registered trope or it simply doesn't get marked down at all. Otherwise, everything would end up here.

Pages in category "Did Not Do the Research"

(previous page) (next page)
Retrieved from "https://allthetropes.org/w/index.php?title=Category:Did_Not_Do_the_Research&oldid=1823857"
Categories:
Cookies help us deliver our services. By using our services, you agree to our use of cookies.