Everything About Fiction You Never Wanted to Know.
Jump to navigation Jump to search
/wiki/Robert E. Howardcreator 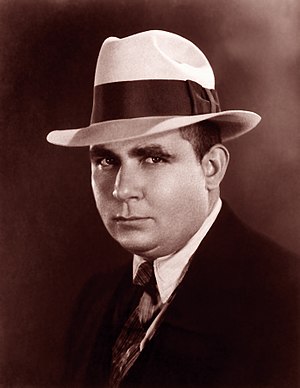 Robert E. Howard (January 22, 1906 - June 11, 1936) was a writer and poet from Texas, USA. He wrote short stories and poems spanning several genres, including Heroic Fantasy, Western, Cosmic Horror and historical fiction. He was the Trope Maker for the genre Sword and Sorcery -- which, in fact, received its name from a discussion of what the genre that a Howard story was should be called. Along with J. R. R. Tolkien, he is one of the most influential writers in modern fantasy. His life was the subject of the 1996 film The Whole Wide World.

Howard was a friend and correspondent of H.P. Lovecraft and one of the contributors to the original Cthulhu Mythos.

His most well-known creation is Conan the Barbarian, a character that has greatly overshadowed his creator.

Howard committed suicide with a gun at the age of 30, after his ailing mother fell into an irrecoverable coma.

Robert E. Howard is the Trope Namer for:
Works

Many of Howard's works (including some juvenalia) are available here

Artists that were influenced by Robert Howard's works include:
Tropes common to many of Robert Howard's stories:
Retrieved from "https://allthetropes.org/w/index.php?title=Robert_E._Howard&oldid=1550832"
Categories: