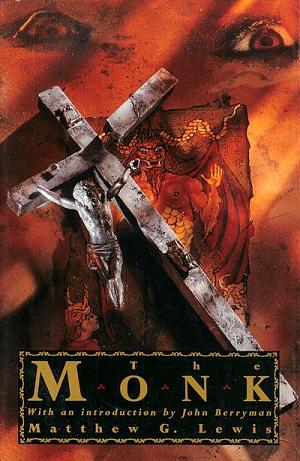 Pride goeth before the fall indeed.

First published in 1796, The Monk is considered a classic of Gothic Fiction and one of the most influential novels of the genre, though some also consider it to be something of an Affectionate Parody as well. It was published almost thirty years after The Castle of Otranto, which is considered to be the first Gothic novel. The author, Matthew Gregory Lewis, was a nineteen-year-old English diplomat who penned the novel in a mere ten weeks. The book became an instant success, scandalizing and entrancing the reading public. None of his other works were nearly so successful as this first effort. Indeed, the work was so strongly identified as Lewis's greatest success that he was, and is, referred to as "Monk" Lewis.

Madrid, Spain, in the time of the Spanish Inquisition. Mere minutes after the cathedral doors open, the pews are packed with people who have come to hear the famous monk Ambrosio give his sermon. Ambrosio is young, handsome, and considered incorruptible because he has never broken a rule of his order. But Ambrosio, for all his holiness, is a proud man. In the crowd waiting to hear Ambrosio are a young girl, Antonia, and her Maiden Aunt, Leonella, who meet a pair of young and gallant men, Don Lorenzo and Don Christoval. Antonia and Lorenzo fall in Love At First Sight and Lorenzo vows to marry her.

After his sermon, Ambrosio meets a |young student of his named Rosario, but it seems to him that Rosario is out of sorts today. Indeed, Rosario tells him a sad story of his sister Matilda who loved a man who spurned her, and she died. When Ambrosio is sympathetic to Matilda's tragedy, Rosario reveals that he is actually Matilda and Ambrosio is her beloved. Ambrosio tells her to leave the monastery at once, but her determination to kill herself if she has to leave makes him waver. Slowly but surely, Matilda convinces Ambrosio that she should be allowed to stay, even though she's a woman. That it would not be a problem for them to love each other. That it would not be a sin to break their vows of chastity.

But this is only the beginning of Ambrosio's descent into sin, and soon all of their paths will collide tragically. It Got Worse is an understatement.

An e-text is available from Project Gutenberg.

Tropes used in The Monk include: