Everything About Fiction You Never Wanted to Know.
(Redirected from Universal)
Jump to navigation Jump to search
/wiki/Universal Picturescreator 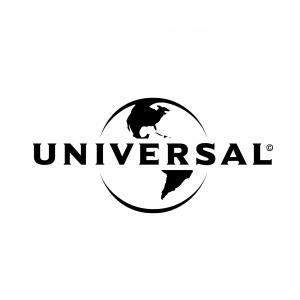 Universal Studios is one of the six major American movie studios. Its main motion picture production/distribution arm is called Universal Pictures. Universal Pictures is the second longest-lived Hollywood studio; Viacom-owned Paramount Pictures is the oldest by a month (although Universal's predecessor - the Independent Moving Pictures Company - still predates Paramount by about a year). Universal's headquarters, Universal City, was one of the first purpose-built studio lots ever built, and is now a major tourist attraction as well as a working studio. Universal is symbolized by an image of a globe.

Universal has gone through several owners through the years; it narrowly avoided bankruptcy in the 1930s, merged with International Pictures in the 1940s, was bought out by Decca Records in 1952, then fell on hard times again and sold Universal City to talent agency MCA (whose Revue Studios TV production division was a huge success at the time, and needed the space) in 1958. MCA came back for the rest in 1962. After pretty much inventing the modern blockbuster with Jaws in 1975, as well as producing a whole list of classic TV shows during the 1960s, 1970s and 1980s, MCA sold itself to Panasonic in 1990, but Panasonic (which didn't particularly like working with Hollywood and expected more stable profits) sold the company back off in 1997; it also dropped the MCA name at this time. After several more odd trades (including selling Universal TV and the USA Network to Barry Diller, then turning around and buying them back a few years later), Universal ended up in the hands of French conglomerate Vivendi, who, in an effort to stem financial debt, then sold 80% stock in the studios, theme parks, cable networks [USA, Syfy and the now-defunct Trio] and Universal TV to General Electric in 2004, where they were combined with the NBC properties to form NBC Universal, which GE sold more than half of their stock (51%) in 2011 to Comcast, after purchasing Vivendi's remaining stock (20%). Universal Music Group is still owned by Vivendi.

Universal established a reputation in the 1930s and 1940s for the production of horror films. Most of the "classic" movie monsters, such as Dracula, Frankenstein's Monster, the Wolf Man, the Mummy and the Creature from the Black Lagoon, are best known in their Universal incarnations. Another mainstay in this period was the Comedy Duo, Abbott and Costello, with both franchises combining in the late 1940s onward. In addition, Universal was the primary distributor of Walter Lantz's cartoons such as Woody Woodpecker. Its "art house" subsidiary, Focus Features, is responsible for acclaimed films such as Brokeback Mountain, Being John Malkovich and Milk.

Formerly the worldwide home entertainment distributor of DreamWorks films, from 1997 to 2005.

Not to be confused with Universal Studios, the parks based on the studio's properties.